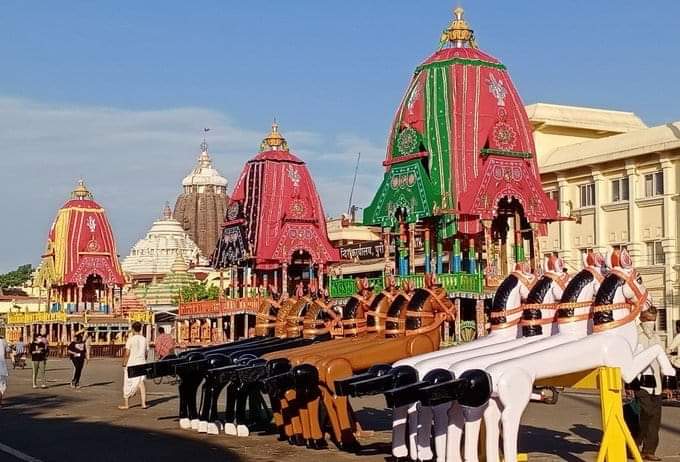 Image: Internet ( The three Chariots in Puri; the Puri Temple can be seen in the backdrop) 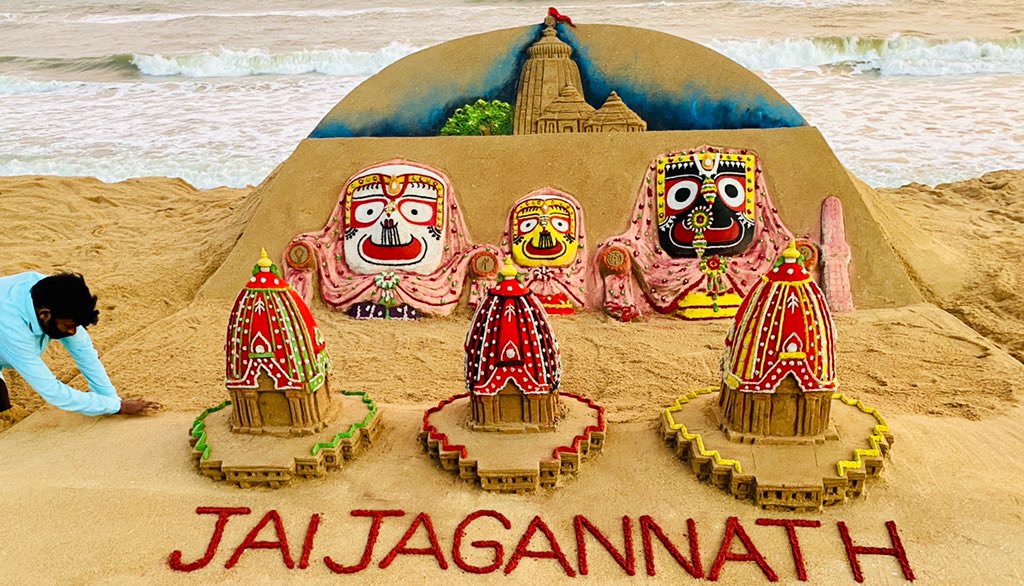 Rath yatra or the Car festival is held  annually on Ashadha Shukla Paksha Dwitiya (second day in bright fortnight of Ashadha month).  This can simply be understood that it is ritual that is held every year on a specific date as per Odia Calender . On this day the Bada Thakura( the Big Gods) leaves his Bada Deula ( The Big Temple) and comes down on the Bada Danda ( The big Street ) in Puri.   Everything is grand when it comes to the Lord of the world The Jagannath.

The Deities i.e. Lord Balabhadra, Goddess Subhadra and  Lord Jagannath pay a visit to the Mausi Maa Temple ( Gundicha Temple) literally meaning their Aunt’s place which is their birth place.   This is one of a kind annual fest which draws devotees in enormous numbers from not only across the nation but all over the world as well. The emotion and the scale of preparations is grand. Almost  three months prior to the occasion all activities are carried out in a planned phase wise manner. It may be astonishing to know that division of labor is a crucial factor which is a century old practice here and Sebayats ( servitors of the Lord) do it generation after generation.

However ,this year due to pandemic, we were not sure whether Rath yatra will be possible or not. Hence there was high tension and anticipation among  all the stake holders along with the devotees across the globe. But the Sebayats and the involved kept on working without  having any doubts and  not paying heed to any debates or apprehensions. This also was made possible after lot of high level coordination between the concerned authorities and the state administration. It had its own challenges of course.

The air was tense and lot of petitions were filed w.r.t to the conduct of the Yatra in the Courts.  Finally ,the  Apex Court i.e. The Supreme Court  had to modify its order, that too just a day prior to the Yatra, in favor of conducting this divine festival which was not only dramatic but  was a testimony to the miracle that happens when the Lord of the World wants to meet his devotees ( TOI news article).   The entire nation was in praise as justice had been served by the Apex Court as always.The Gajapati Maharaj ( yes, we have the king in Puri!) and Adi Shankaracharya(Indian Philosopher and revered Guru of Sanatan Dharma) were also strongly supporting the possibility of making the grand event happen with all due restrictions.

Rath Yatra took place today amidst all Covid-19 precautions.  Massive Covid Testings of all involved, mandatory wearing of masks by all and high level of sanitation was carried out on a war footing basis.The entire Puri district was shut down and State administration along with Cental Government support helped in swift conduct of the festival. 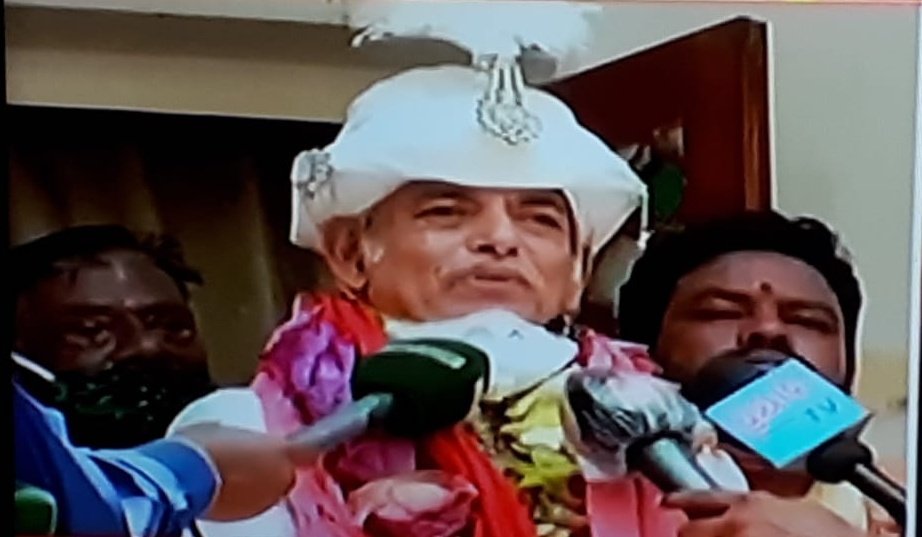 Rath yatra to happen without the large mass gathering of devotees in Puri, is a historic first and has time and again deepened the spiritual trust in the Living Gods. This is no less than a miracle and I am blessed to have got an opportunity to witness the Leela of Shri Jagannath Mahaprabhu. I pray and wish that may the Lords help the world survive the testing times and direct us in the right path. 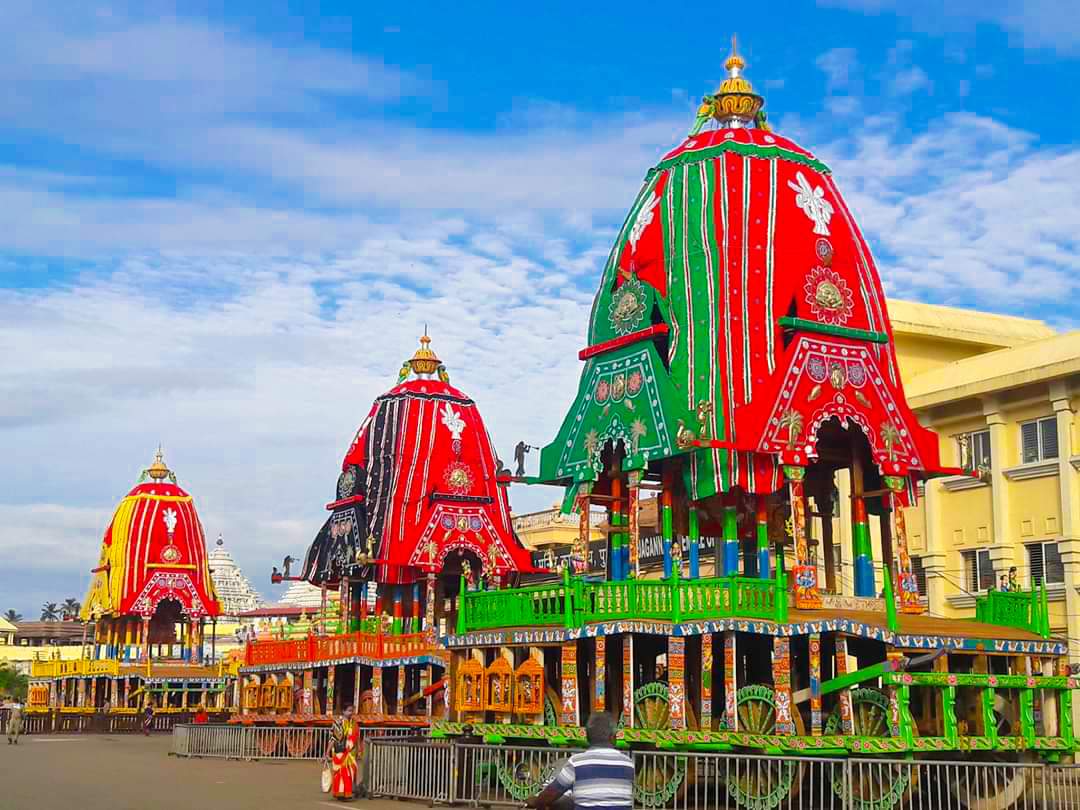 The Chariots at the Bada Danda in Puri-PC- Internet 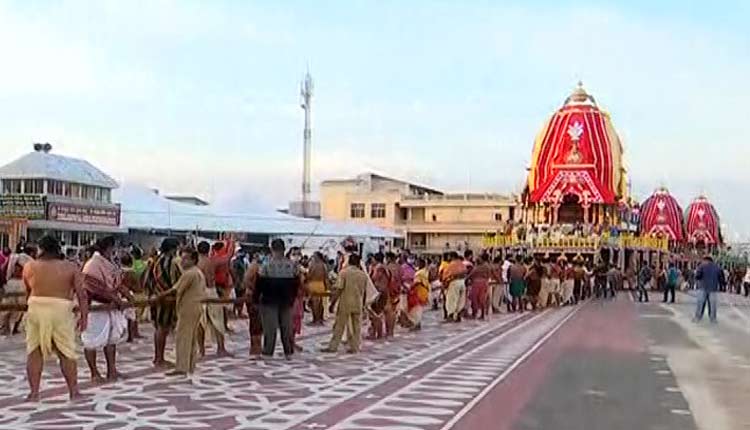 Chariots being pulled only the sebayats and no other person is allowed.